Members of my group at the Institute. Photo thanks to Ida Ayu Laksmita Sari (center).

The third annual Japan Foundation Summer Institute has just ended, and I feel so fortunate, and glad, to have taken part. The Institute is part of a broader effort by the Foundation to bring together scholars from the “U.S., Southeast Asia, and Japan in order to enhance their collective scholarship through collaborative projects and exchanges, as well as to advance Japanese Studies in these three regions.”

I found it a really enjoyable and inspiring experience of not only meeting many new people and learning about their work – i.e. social & professional networking – but also, in particular, as an opportunity to extend my academic networks to include scholars from Southeast Asia – learning more about what they are working on, what conferences they are organizing & attending, the shape & state of Japanese Studies in their various institutions, and the issues and challenges they are facing as a Southeast Asian (or specifically Filipino, Indonesian, or Vietnamese) Japanese Studies community. I am inspired and excited after this workshop to expand and further “globalize” my own personal academic networks and engagement – we each live in our own academic bubbles, and by reading materials produced not only by fellow Americans but also by Europeans, Chinese, Koreans, and Japanese; and by attending conferences in these other parts of the world and meeting and interacting with scholars from those places, we deepen and enrich our work. We come across new ideas, new approaches, new materials, and we engage in more discussion, often fruitful. Yet, how much more so when we expand those circles beyond Europe and East Asia, to also engage with scholars and scholarship from Southeast Asia? 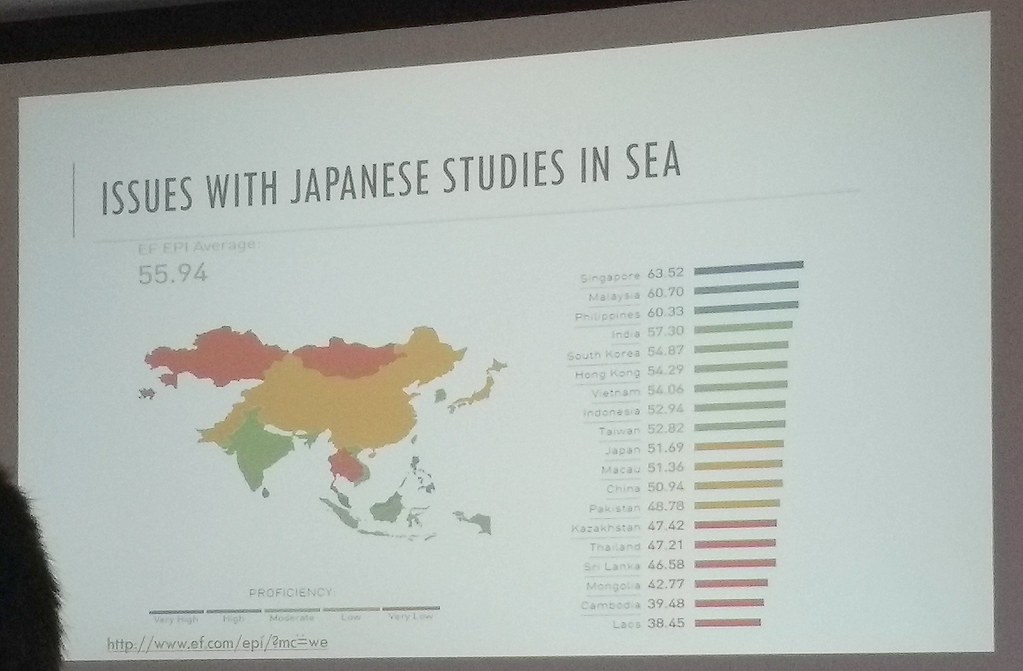 One slide from a presentation on issues and conditions in Japanese Studies in Southeast Asia.

The structure and content of the Institute (first held in 2015) has changed in each of its incarnations, as they continue to refine it into a format that best serves the participants. But, this year, the Foundation brought 24 participants and nine senior scholars together for four days of conversations, centering on one-hour discussions of each participant’s work in small groups.

The Japan Foundation provided airfare for all participants, as well as accommodations, meals, and small daily allowance, plus 10,000 yen for buying books relevant to one’s research, and covered a few other costs such as travel insurance and visa application fees.

The first day of the Institute took place in Tokyo, with participants splitting into groups to receive introductory tours of the National Diet Library, National Archives, or Shôwa-kan, and then afterward being given a small amount of funds, and the rest of the evening, to buy books for our research. Two groups were introduced to the main Shinjuku Kinokuniya, and the Yaesu Book Center, two of the largest, most major places in Tokyo to get new books. The third group, which I joined, was instead brought to Jinbochô 神保町, Tokyo’s main used book district. I had intended on spending the Foundation’s generous book allotment of １万円 (hey, free books!) on maybe two major monographs in my field for 5000 or 6000 yen each. However, as each turned out to be instead closer to 8000-9000 yen, I just couldn’t bring myself to do it, and instead ended up with six or seven “smaller” books. 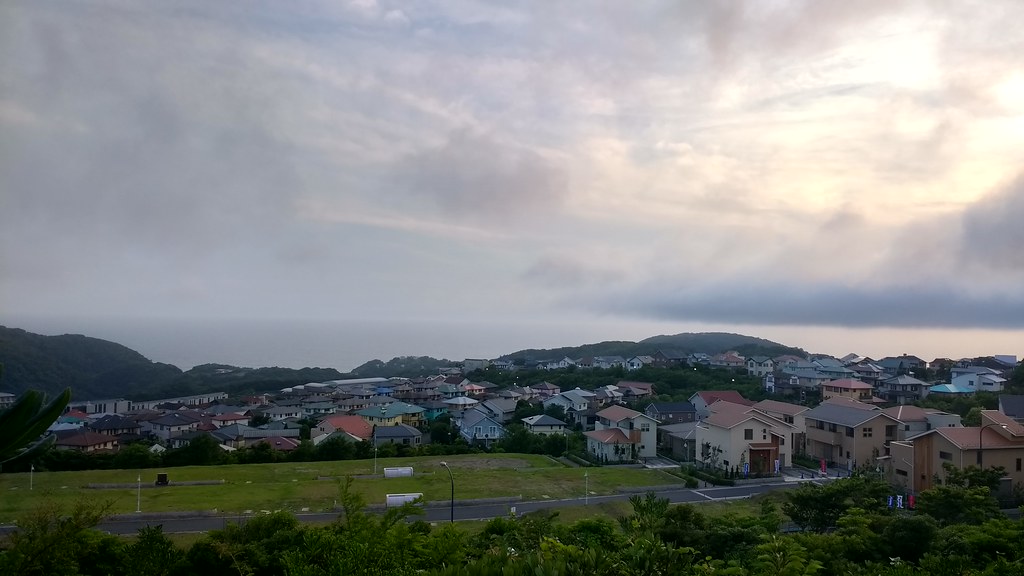 The view from the hill behind the Kokusai Mura conference facility.

After two nights in the Tokyo Dome Hotel, we then relocated to the Shônan Village Center 湘南国際村, a sort of conference/workshop facility in Hayama, Kanagawa. While the location itself was nothing exciting, and fairly remote in its location, I think it served the purpose quite well, as a place to simply stay, together, for three nights, having breakfast, lunch, and dinner together (as well as coffee breaks, late night drinks, etc.) in between the actual talks and workshops – an intensive gasshuku 合宿 style arrangement that allowed us to get the most of our brief time together – really interacting with one another, talking about our research, issues in Japanese Studies more broadly, and the variances in situations in our respective countries or institutions.

Over the next several days, the “senior scholars” gave three talks on broad, overarching themes, including “Globalizing Japanese Studies,” “Transnational/Translocal Approaches,” and “Exploring Archives and Archival Resources in Japan and Beyond.” Each of these presentations involved two or three professors presenting sequence, like a mini-panel, followed by big group discussion. One or two of these presentations were essentially recaps of special roundtable sessions at the AAS-in-Asia conference held in Seoul in late June.

The Friday and Saturday mornings also each included sessions in which each participant introduced themselves, their academic background, and their work, in brief, casual, five-minute introductions. Thus, all 24 of us (plus the “senior scholars” and Japan Foundation staff, etc.) got to know at least a little about each person, setting the stage for further discussions during meals or breaks.

The 24 participants and nine “senior scholars” were then divided into three groups of equal numbers (organized by the Foundation staff to have a roughly even mix of nationalities and disciplines). The next two days consisted primarily of a series of two-hour sessions. Over the course of these sessions, a full hour was devoted to discussing each participant’s research, with the presenter presenting for 20-30 minutes, followed by a lengthy open group discussion. This was really great. It features some of the same advantages and outcomes as presenting at any other conference (practice presenting, and opportunity to get questions & feedback; opportunity to hear about others’ work and to ask them questions and provide feedback), but it provided the all-too-rare opportunity to really have a whole hour devoted to discussing a single person’s work. All too often at conferences, only 15-30 minutes are left for questions for an entire panel, and any one person might get only zero to two questions… Here, by contrast, I felt we got into a good length and depth of discussion for many of the presentations. And, in addition to participants asking each other questions and providing small points of feedback like in a conference or certain other venues, the “senior scholars” also provided fuller feedback, often referring back to the Abstract, and to lengthy/extensive notes. I don’t know how others felt about the feedback they received, but it felt to me fairly meaty, a good amount, and hopefully quite helpful in terms of shaping or framing the project, or thinking about approaches, etc.

Finally, we had an open discussion within each group as to how the lectures & presentations over the whole 4-5 days might have inspired us to think differently about “Japanese Studies,” about archival research, about transnational/translocal approaches, etc. Each group reported back to the whole 30+ person assembly the following morning, and we briefly had a broad conversation as a full group. As it happened, the conversation turned to several people simply sharing with the wider group a short list of suggestions of various funding sources to look into to apply to; Japan Foundation staff then gave a brief presentation about the various fellowships and grants the Foundation offers, focusing in particular on the Japanese Studies Research Fellowship and the U.S.-Southeast Asia-Japan Collaboration and Exchange Initiative. The first of these takes several forms, incl. long- and short-term fellowships for PhD holders, and a 2-12 month fellowship (akin to Fulbright or the like) for PhD candidates to do their research in Japan. The second is for institutions to apply to, for $100,000 (USD) per year grants to organize various forms of collaborations between US, Japan, and Southeast Asia – for example, paying to bring Southeast Asian and US scholars to one another’s institutions for visiting researcher positions; co-organizing conferences and study tours; or direct research collaboration towards a book publication.

The five-day workshop was followed by a two-day tour of Kessennuma, one of the communities in Tôhoku most affected by the 2011 3/11 tsunami.

I imagine that the Summer Institute will take a similar form next year, albeit with some improvements or changes based on comments from this year’s participants. 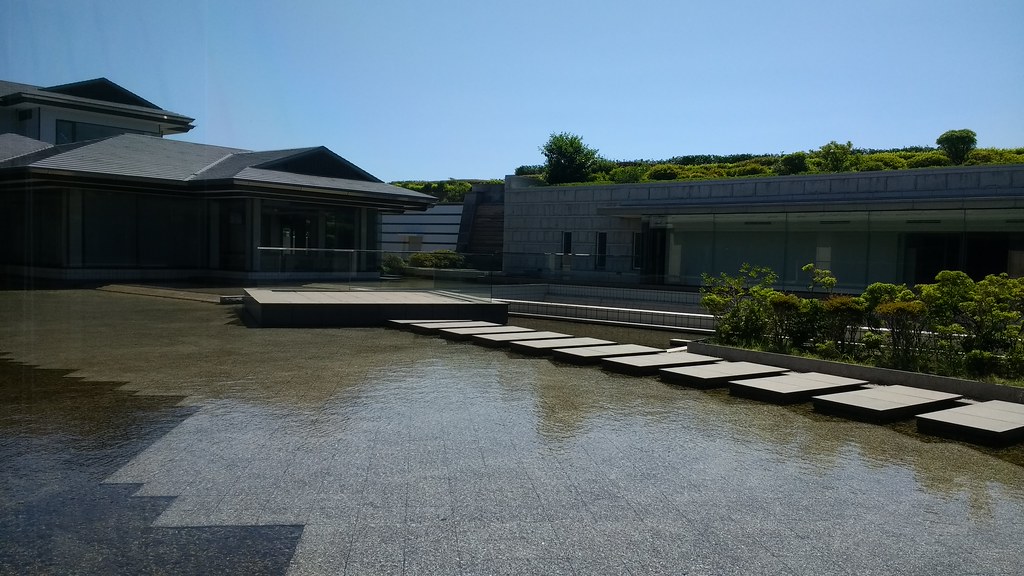 For me, personally, I think the most exciting aspect of this was the opportunity to become engaged in networks of scholars from Southeast Asia – as well as meeting others from the US and Japan. The Japanese Studies Association in Southeast Asia (JSA-ASEAN) has been organizing biannual international conferences since 2006, and will be holding their 2018 conference somewhere in Indonesia (more details, and call for papers, still TBA). As I wrote earlier in this post, I am excited for the opportunity to possibly attend, and to continue growing my connections with this community – scholars in Southeast Asia are producing so much scholarship, in addition to what’s produced in the US, Japan, Europe, and elsewhere in the world. Much of it is in English, the common mutual professional language between Thais, Vietnamese, Malays, Indonesians, Singaporeans, and Filipinos, and while much of it is aimed at simply speaking to one another, within their respective countries or across the SE Asia region, much of it is also of direct relevance for our own work – while much of it, too, presents new approaches, new ideas, especially simply insofar as that it comes from a Southeast Asian perspective, growing out of Southeast Asian experiences and concerns, rather than out of a perspective centered on the US, or on the US-Japan relationship, etc.

All of the “senior scholars,” especially those from Southeast Asia, were amazingly kind, helpful, friendly – encouraging of our research, and insightful with their feedback. After only a brief (though intense) few days workshop, it’s always hard to know if the networking / personal connections formed will last long-term, but the optimist or fantasy dreamer in me can clearly imagine inviting them to come speak at my own institution, or being invited to speak at theirs… diversifying the scholars with whom we interact, and our own experiences and influences, and diversifying those who come to speak on our campuses.

I would very much recommend the JF Summer Institute to anyone interested, and would encourage you to go. For the networking, for the opportunity to present a paper and get feedback in a different format – and from a different community of scholars – than in most other venues, and for the opportunity to feel a part of a broader phenomenon of the continued growth and development of “Japanese Studies” in Southeast Asia, and of ties and interactions between “Japanese Studies” scholarly communities in SE Asia, and those in Japan and the US.

I am a scholar of Japanese & Okinawan history with a particular interest in the history of arts and culture, and inter-Asia interactions, in the early modern period. I have been fortunate to enjoy the opportunity to live in Okinawa for six months in 2016-17, and in mainland Japan on multiple occasions, including from Sept 2019 to now.
View all posts by Travis →
This entry was posted in conferences, graduate school, program review, summer program and tagged Japan Foundation, japanese studies, Southeast Asia, summer institute. Bookmark the permalink.