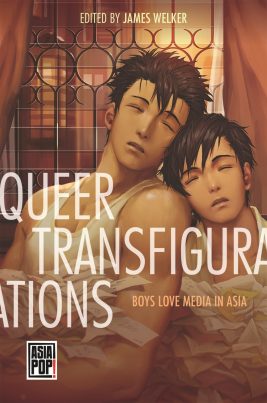 The boys love (BL) genre was created for girls and women by young female manga (comic) artists in early 1970s Japan to challenge oppressive gender and sexual norms. Over the years, BL has seen almost irrepressible growth in popularity and since the 2000s has become a global media phenomenon, weaving its way into anime, prose fiction, live-action dramas, video games, audio dramas, and fan works. BL’s male–male romantic and sexual relationships have found a particularly receptive home in other parts of Asia, where strong local fan communities and locally produced BL works have garnered a following throughout the region, taking on new meanings and engendering widespread cultural effects.

Queer Transfigurations is the first detailed examination of the BL media explosion across Asia. The book brings together twenty-one scholars exploring BL media, its fans, and its sociocultural impacts in a dozen countries in East, Southeast, and South Asia—and beyond. Contributors draw on their expertise in an array of disciplines and fields, including anthropology, fan studies, gender and sexuality studies, history, literature, media studies, political science, and sociology to shed light on BL media and its fandoms.

Queer Transfigurations reveals the far-reaching influences of the BL genre, demonstrating that it is truly transnational and transcultural in diverse cultural contexts. It has also helped bring about positive changes in the status of LGBT(Q) people and communities as well as enlighten local understandings of gender and sexuality throughout Asia. In short, Queer Transfigurations shows that, some fifty years after the first BL manga appeared in print, the genre is continuing to reverberate and transform lives.