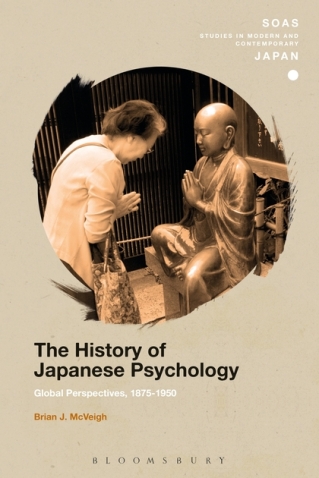 During the late-nineteenth and early-twentieth centuries the individual became the basic, self-contained unit of society whose interior life was increasingly privileged.  This “inward turn” resonated with new forms of governance and constitutionalism that demanded self-determining citizens.  Meanwhile, burgeoning capitalism required workers to become isolatable but interchangeable parts for mechanized economic production.  Around this time the nascent social sciences began theorizing about the autonomous though alienated subject.  Such developments were part of a broader psychological revolution that valued “inner experience.”  How did this interiorization of the person play out in Japan?  This book explores the origins of Japanese Psychology.  By highlighting the contributions of pioneers such as Motora Yūjirō (1858–1912) and Matsumoto Matatarō (1865–1943), it charts cross-cultural connections, commonalities, and the transition from religious–moralistic to secular–scientific definitions of human nature.  Emerging at the intersection of philosophy, pedagogy, physiology, and physics, Psychology confronted the pressures of industrialization and became allied with attempts to integrate individual subjectivities into growing institutions and organizations.  Such social management was accomplished through Japan’s establishment of a schooling system that incorporated Psychological research, making educational practices both products of and the driving force behind changing notions of selfhood.  In response to new forms of labor and loyalty, applied Psychology led to and became implicated in intelligence tests, personnel selection, therapy, counseling, military science, colonial policies, and “national spirit.”  The birth of Japanese Psychology, however, was more than a mere adaptation to the challenges of modernity: it heralded a transformation of the very mental processes it claimed to be exploring.  Richly supplemented with appendices contextualizing and shedding new light on the development of Psychology worldwide, this book is useful for courses on Asian studies, comparative intellectual history, and the globalization of the social sciences.