Book Announcement: The Turn Against the Modern: The Critical Essays of Taoka Reiun (1870-1912) 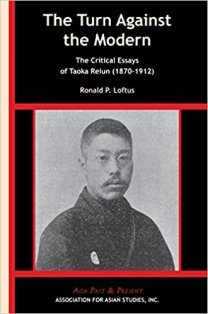 The Turn Against the Modern is a biography of the late Meiji social and cultural critic Taoka Reiun (1870–1912) who was known for his fierce attack on modernity. Reiun was convinced that the western conception of modernity in the late nineteenth and early twentieth century was based on an overly narrow, materialistic view of the world—one that placed far too much emphasis on commerce, profit, and utilitarianism—and he believed that this concept was rapidly emptying life of its richness, depth, and meaning. He, therefore, could not help but decry a world that had “squandered its spirit and vitality, forsaken its grandiose visions, and lost its sense of mystery, its very soul!”

A careful reader of philosophy, religion, and literature, Reiun embraced a vision of history, society, and the future that marks him as an original and creative thinker whose understanding of what it means to be modern and human remains alive and vital today.