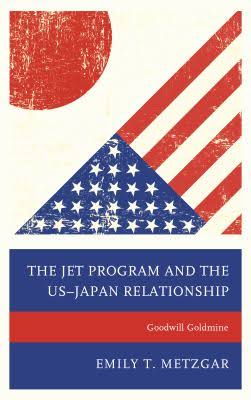 Since 1987, the Japan Exchange and Teaching (JET) Program has recruited thousands of young college graduates from more than sixty countries, including the United States, to work in Japan for up to five years. Now, thirty years after the program’s founding, there are more than 60,000 JET Program alumni worldwide, more than half of them hailing from the United States. The JET Program and the US–Japan Relationship: Goodwill Goldmine argues that JET functions as much more than an opportunity for young people to spend a year or more teaching in Japanese schools or working in municipal offices across the Japanese archipelago. This study examines the JET program as a form of public diplomacy and soft power. Through original survey data and extensive interviews with alumni, the author provides a comprehensive analysis of the program’s effects and argues that it has been highly useful in shaping interactions between Japan and the United States.