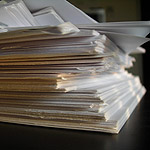 2018 marks the fortieth year since Japanese author Murakami Haruki first decided to write a novel while watching a game of baseball (or so the story goes). Coinciding with this anniversary, The School of Modern Languages, Newcastle University (UK) is hosting an Arts and Humanities Research Council (AHRC) funded project on Murakami. Scholars and other professionals are invited to submit a paper proposal for an international conference that explores various aspects of Murakami, his literary works and characters as well as their transmedial reach. Confirmed keynote speakers include four prominent Murakami scholars, Dr Rebecca Suter (University of Sydney), Professor Matthew C. Strecher (Sophia University), Emeritus Professor Shibata Motoyuki (Tokyo University) and Emeritus Professor Katō Norihiro (Waseda University).

Throughout the 1980s and 1990s, Murakami’s works were met with much criticism from established literary circles and prize committees. Since then, he has prolifically produced not only novels and short stories, but also essays and translations, and Murakami’s writings have become part of global culture—indeed, in 2015 he was recognized as one of the world’s 100 most influential people by Time. His works are now translated into more than 50 languages and his stories and characters are increasingly becoming transmedial, inspiring global producers of cultural products such as film makers, artists, computer game programmers, travelogue writers, performing art producers and dance choreographers. For scholars interested in the processes of translation and transmedial production, Murakami therefore provides an intriguing case study.

At a time when literature is challenged by other digital media forms, the enduring global popularity of Murakami’s literary worlds and characters is a compelling reason why we need to enhance knowledge of his works. As cultural products that potentially influence our world view and imagination, it is interesting to ask what his works tell us about key topics such as gender and history. However, Murakami is also interesting because of his unusual position in the cultural hierarchy. While he is subject to a type of fandom typically associated with popular culture, his writings have also received some of the world’s most prestigious literary prizes including the Franz Kafka Prize (2006) and the Jerusalem Prize (2009). This straddled position might inspire us to question the relevance of segregating ‘pop’ and ‘pure literature’ in academic research.

As a topic for interdisciplinary academic inquiry, Murakami’s literary worlds and characters offer an opportunity for the humanities and social sciences to bring together specialists from diverse disciplines, such as literary studies, popular culture and gender studies, with translators, transmedial producers and general readers, thereby enriching the field of Japanese studies by connecting it to the wider academic and non-academic communities. In tandem with the conference, a series of events is scheduled to take place in Newcastle, including a workshop with public lectures on translating Murakami, film screenings and an art exhibition. The full program and further information about the entire AHRC funded project is available at http://research.ncl.ac.uk/murakami/.

To present a 20-minute paper at the conference, please submit a 250 word proposal http://forms.ncl.ac.uk/view.php?id=12659 before 27-10-2017. While papers on gender and transmediality are especially encouraged, all perspectives on Murakami are welcome. As inspiration, consider the following list of exploratory topics: