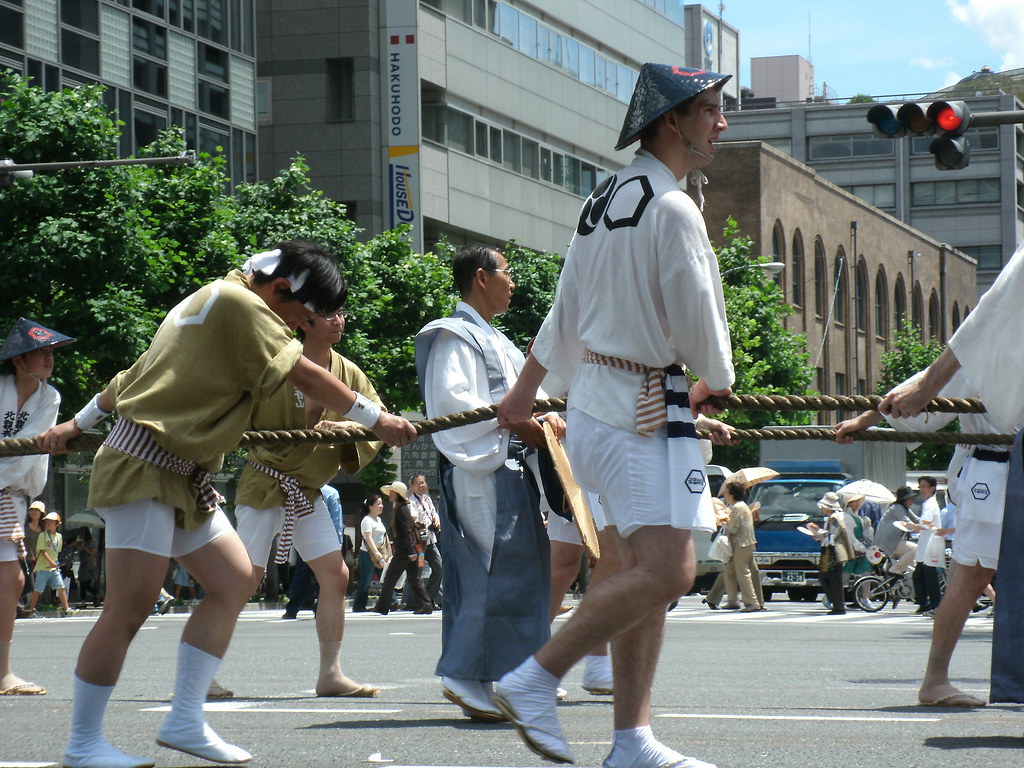 People pulling one of the parade floats at Gion Matsuri back in 2010. Photo by Travis.

There sure are a ton of “expressions that appear to be a common part of everyday Japanese life but are not usually taught in Japanese language classes. At least not the ones I took.” Yoisho! is presumably, for most of us, one of them, and the Japan Times has a fun little article about its meaning and use, and its amusing, or curious, absence from formal databases and the like.

What other phrases or expressions have you heard used regularly in Japanese, that were never taught in class?

I am a scholar of Japanese & Okinawan history with a particular interest in the history of arts and culture, and inter-Asia interactions, in the early modern period. I have been fortunate to enjoy the opportunity to live in Okinawa for six months in 2016-17, and in mainland Japan on multiple occasions, including from Sept 2019 to now.
View all posts by Travis →
This entry was posted in culture, fun links and tagged fun link friday, Japanese, language. Bookmark the permalink.