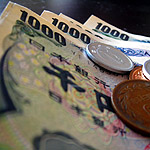 About the East-West Center
The East-West Center is an education and research organization established by the U.S. Congress in 1960 to strengthen relations and understanding among the peoples and nations of Asia, the Pacific, and the United States. The Center contributes to a peaceful, prosperous, and just Asia Pacific community by serving as a vigorous hub for cooperative research, education, and dialogue on critical issues of common concern to the Asia Pacific region and the United States.

The East-West Center is now accepting applications from scholars and analysts who wish to undertake policy-relevant research and writing on issues of key relevance to the US-Japan partnership, including
diplomatic, politico-security, economic, social and international fields. We especially welcome applicants specializing on Japan’s economy or US-Japan collaborative economic ties.

Funded by the Center for Global Partnership (CGP) at the Japan Foundation, the fellowship finances a three-month OR six-month residence at the East-West Center in Washington, D.C. While in residence, the fellows will complete articles or a monograph to be considered for publication, such as the East-West Center’s Asia Pacific Bulletin series, the Asia Pacific Issues series, or the Policy Studies series. The first full draft of longer publications should be completed before the end of the residency period. Fellows must also give a seminar on their topic.

The fellowship includes a monthly stipend of US$2,500 to $4,500 (dependent upon experience) while in residence at EWC in Washington, round trip economy airfare to Washington, D.C., and a ten-day research trip to Japan. Residency at the Center’s Washington, D.C., office may begin as early as May 2014 and extend until January 2015.

Applicants must have a minimum of a M.A. degree in a relevant field. Applicants without a Ph.D. will be considered based on their relevant professional experience (though a minimum of an M.A. is required, academic degrees will be one but not the only selection criteria). Applicants must be of either American or Japanese citizenship and based in the United States. Under exceptional circumstances, non-American or non-Japanese nationals with permanent residency in the United States and who specialize on Japan will be considered. Finally, under rare circumstances, American or Japanese citizens residing in Japan may be considered for a fellowship.

The length of tenure granted under the program would be either three OR six months; exceptions for tenures of other lengths will be considered only on a compelling basis and would need approval of the Selection Committee.

Successful applications will include a full CV, two letters of reference, and a policy-relevant research proposal of ten pages (double spaced). The proposal should discuss the policy problem or issue to be
examined, tentative hypothesis and arguments, a review and short bibliography of the relevant literature, plans for fieldwork (if any), and project time frame. Research proposals will be judged on 1) the basis of the proposed topic’s relevance to the overall US-Japan partnership in the diplomatic, security, economic, social and international fields, and 2) the benefit to the fellow and project of residence and work in Washington, D.C., and opportunity to do fieldwork in Japan, to facilitate interaction with policy-makers and the policy-influencing community.